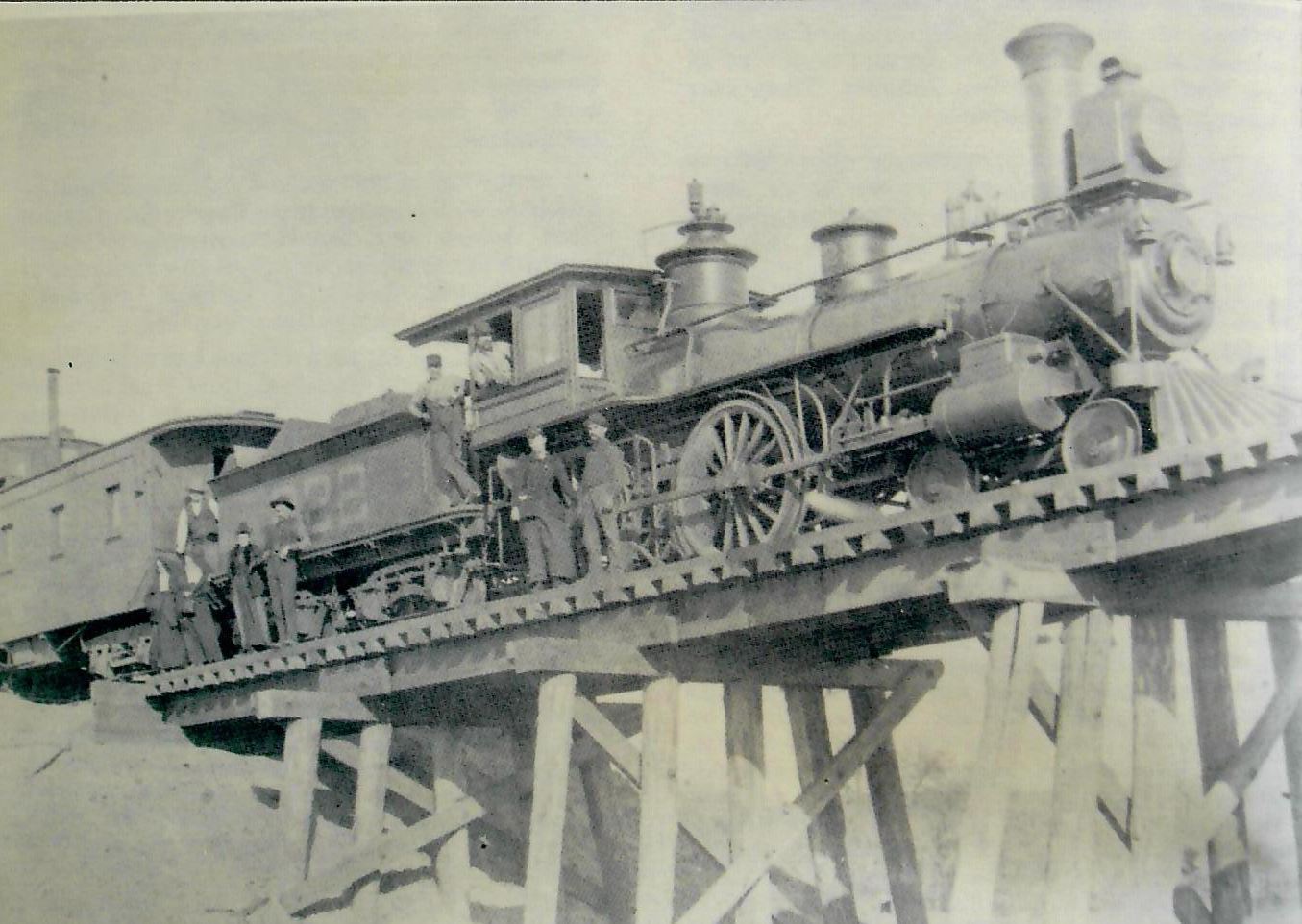 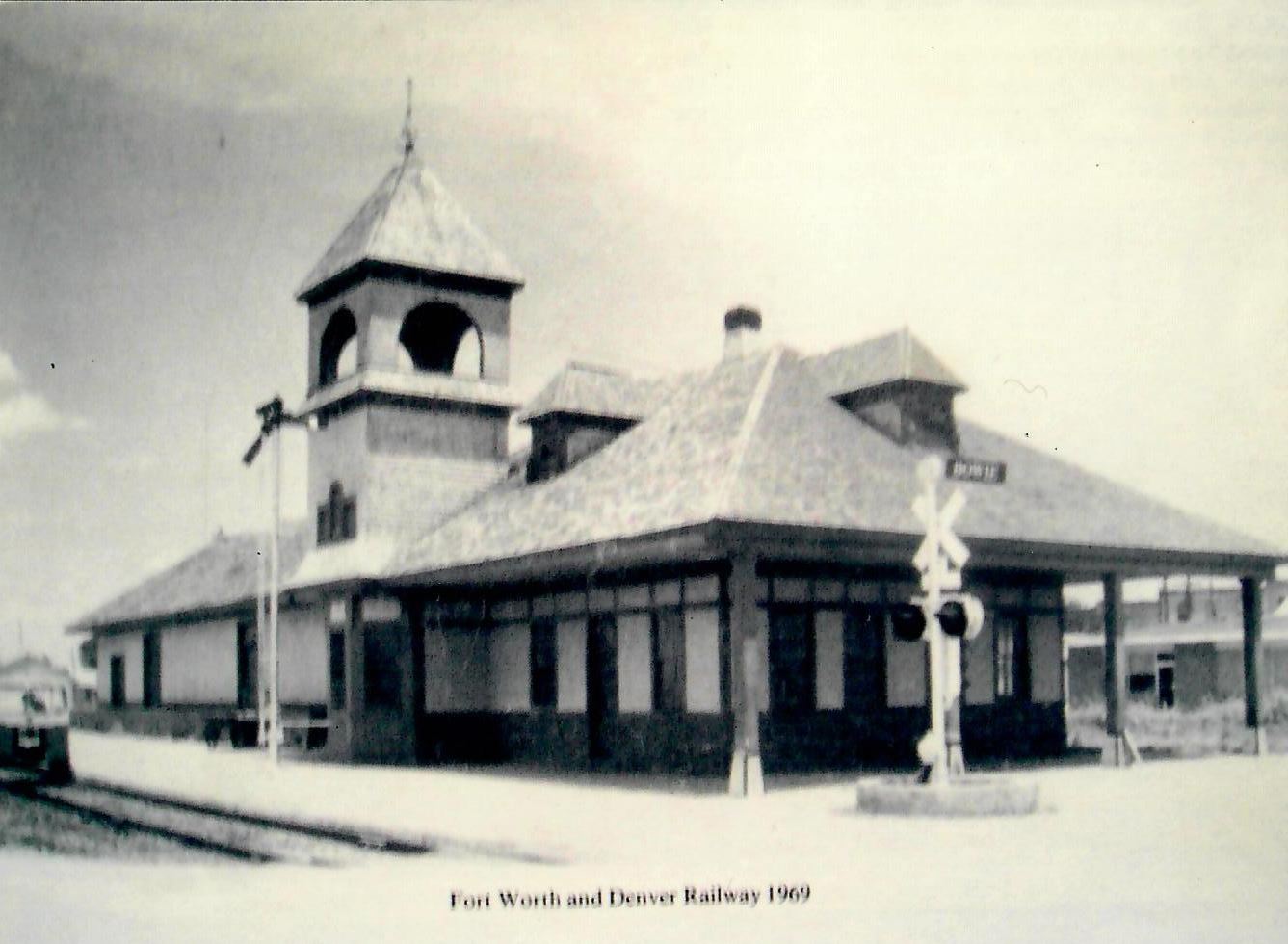 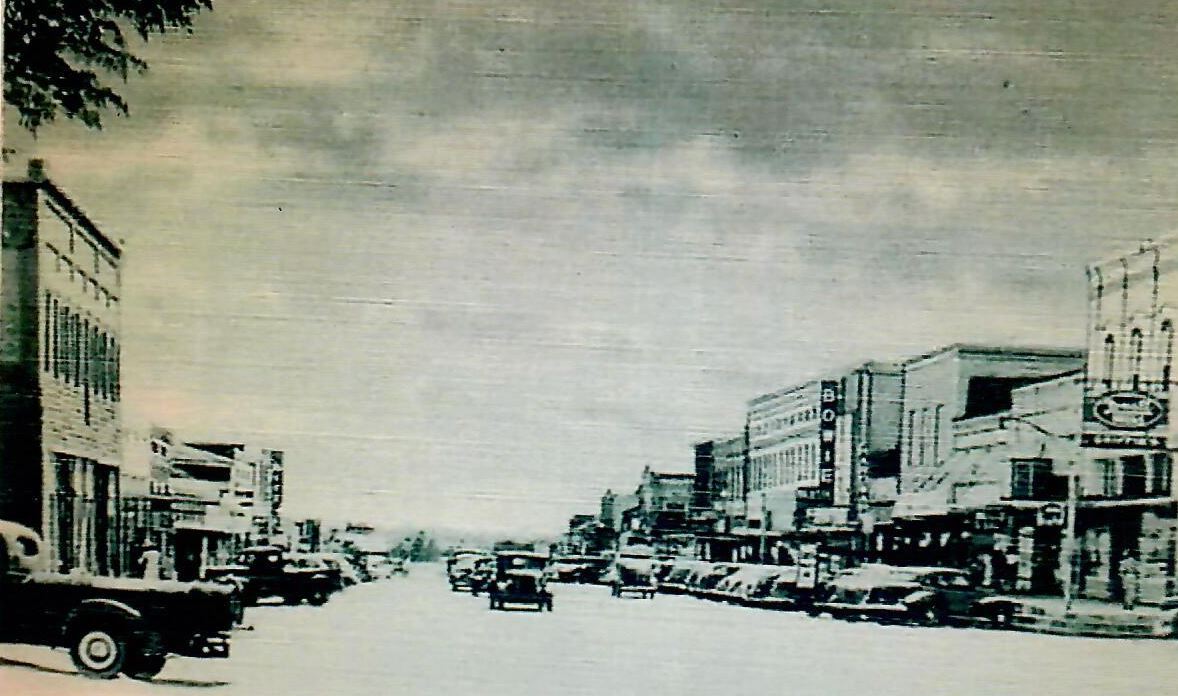 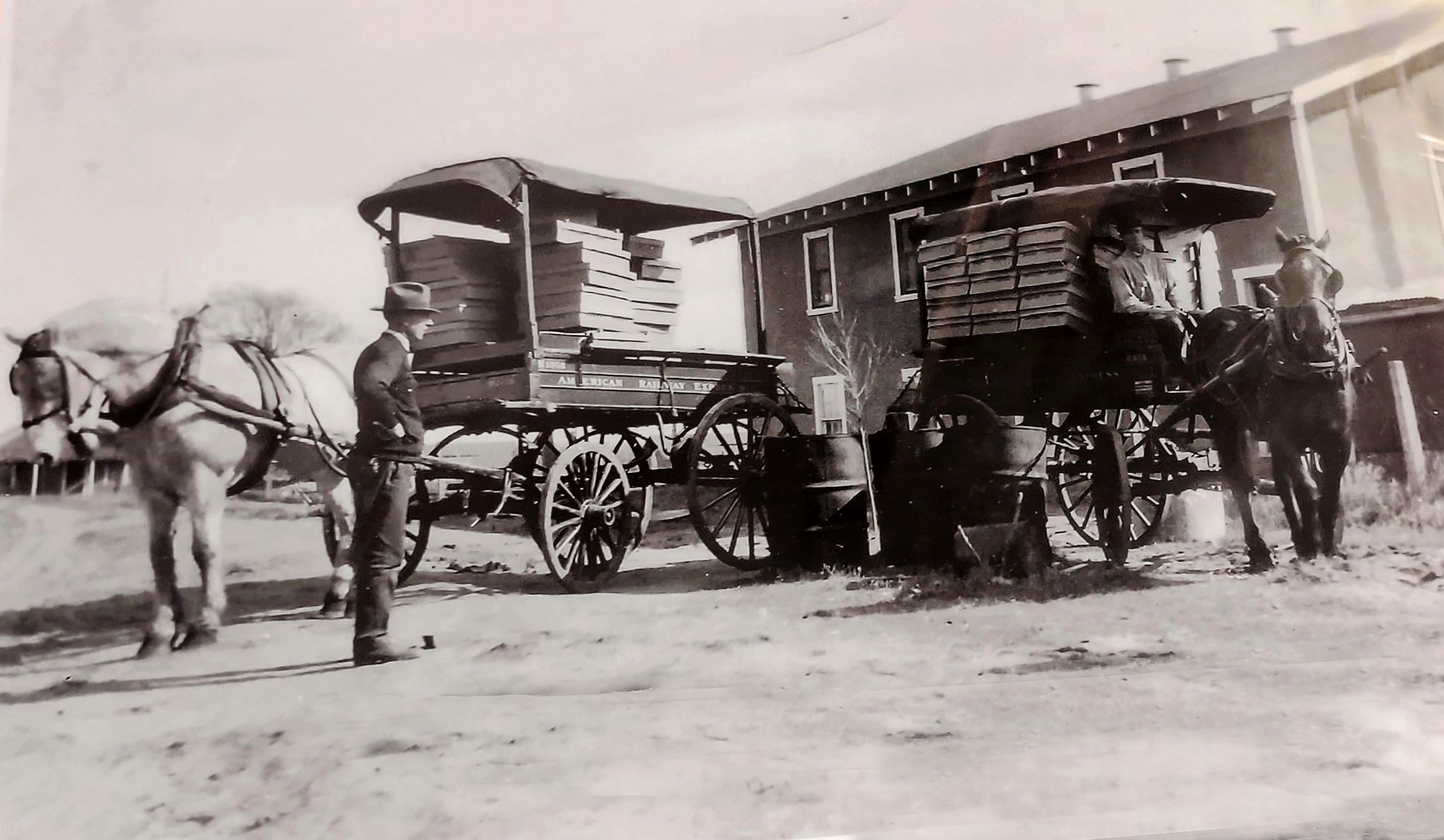 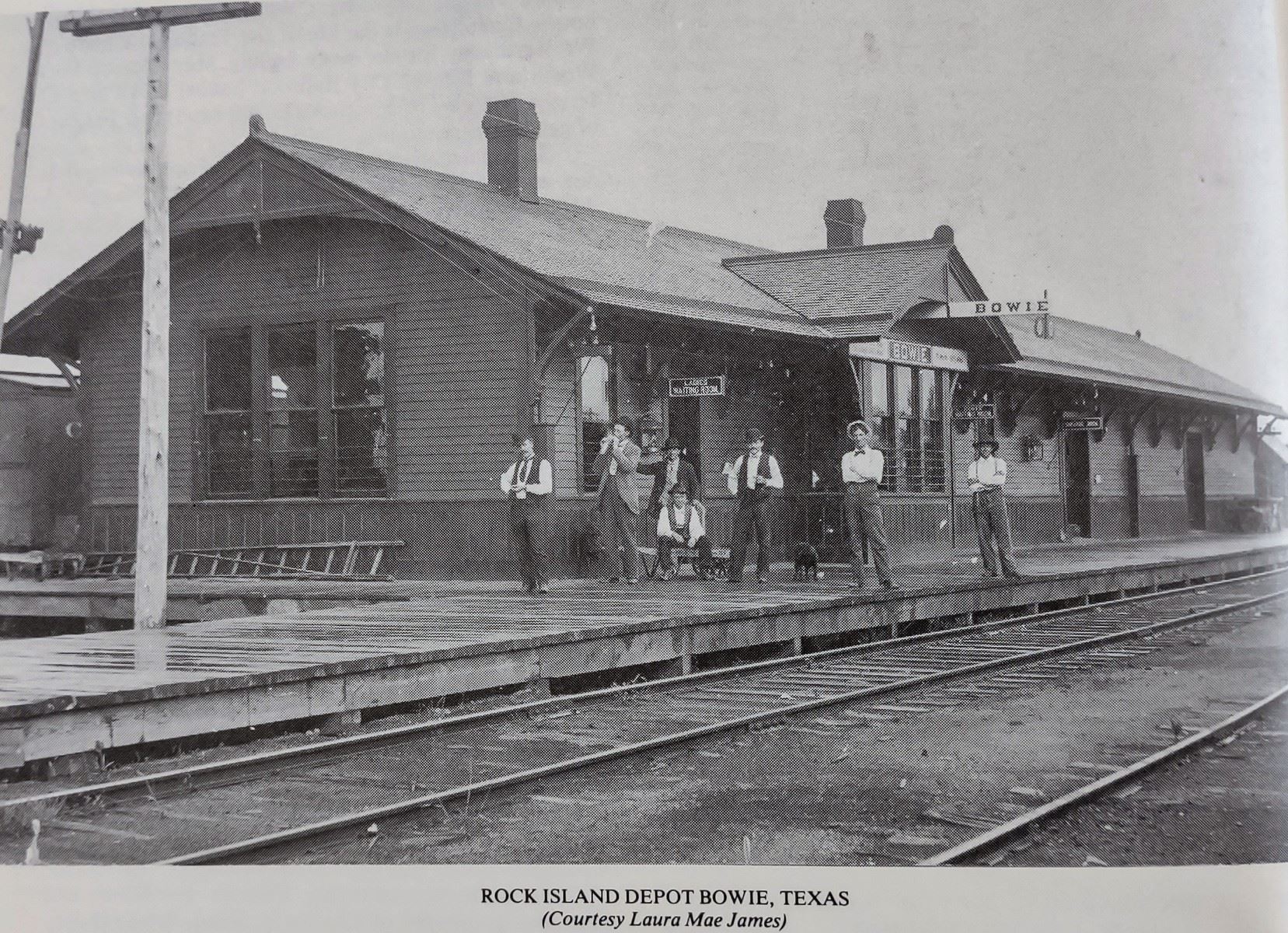 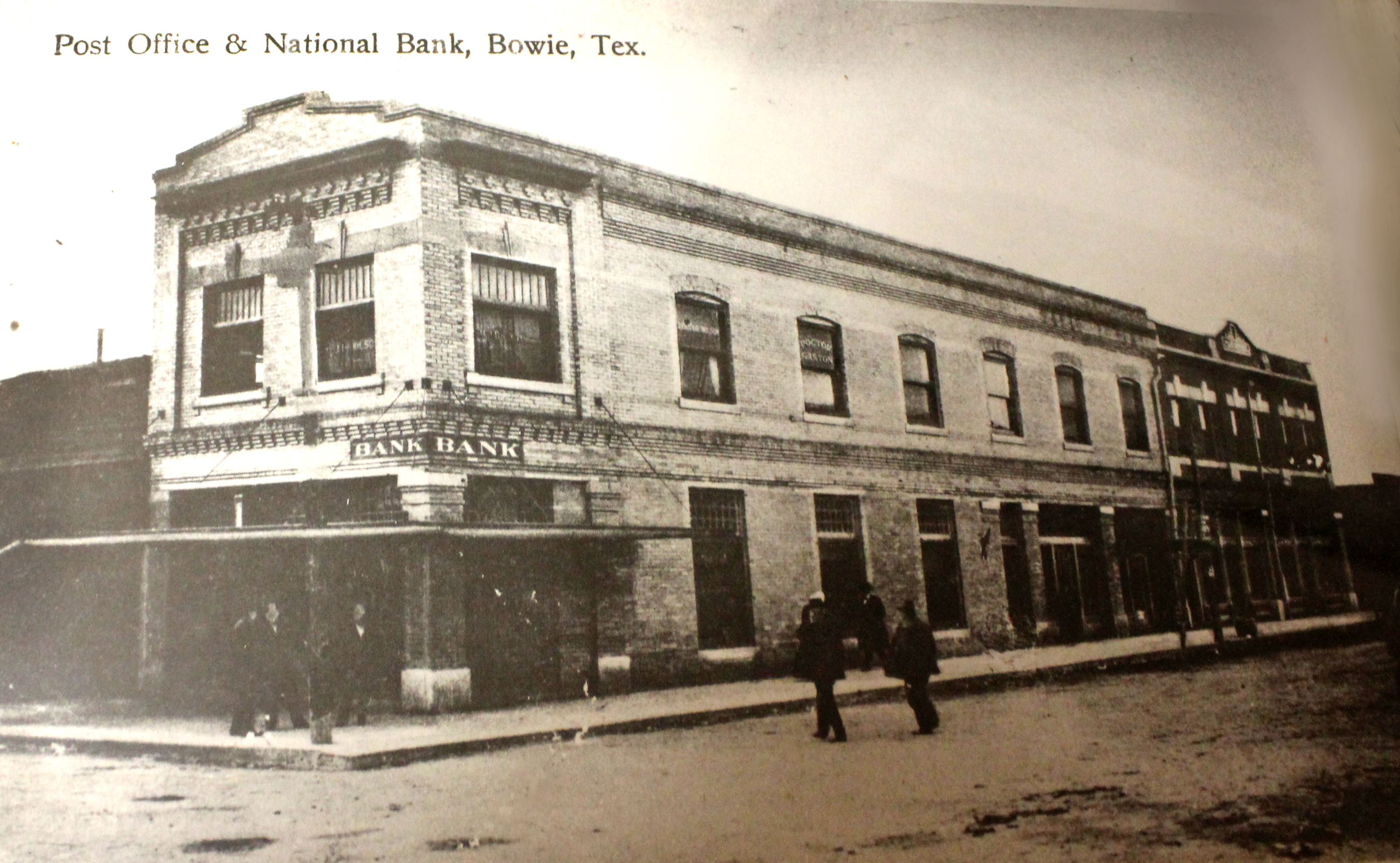 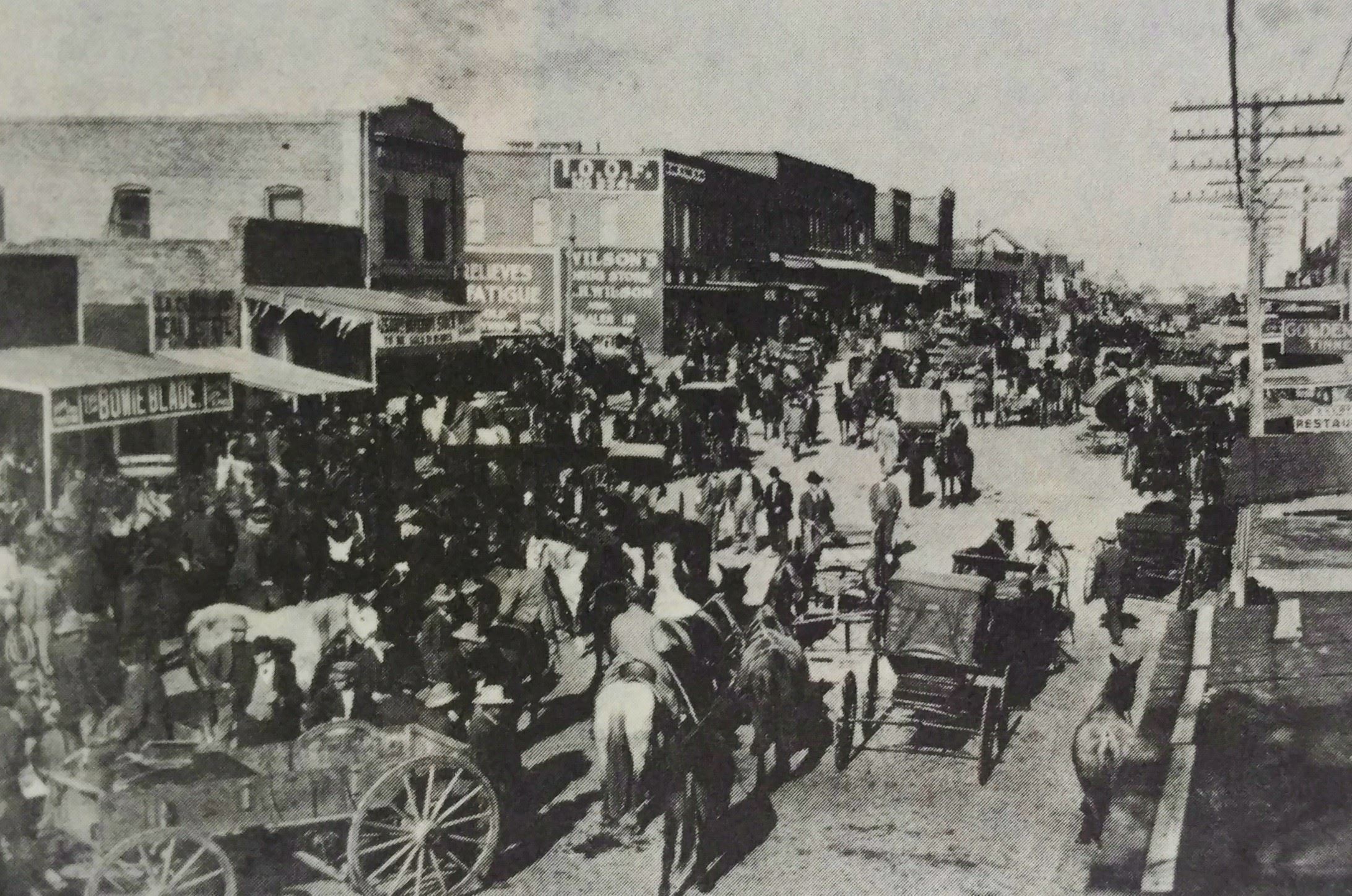 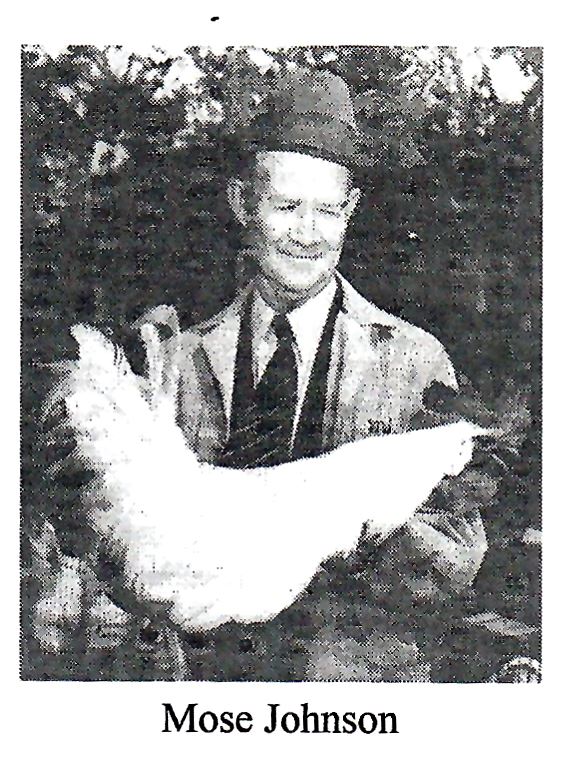 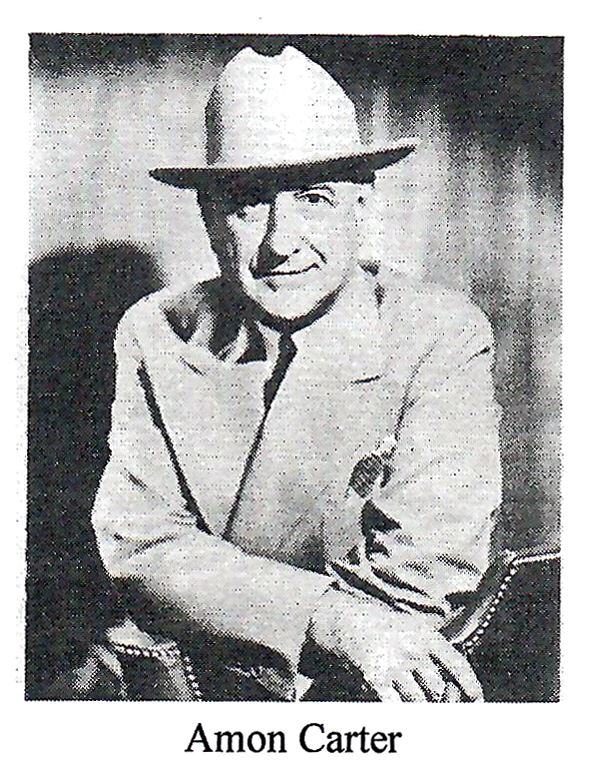 Settled in the early 1880s, the town, like many in Texas, didn’t really get started until the arrival of the railroad. In 1882 came railroad - Fort Worth and Denver. In August of that year a townsite was laid out and an application for a post office. Bowie almost instantly became the most important market and banking center between Fort Worth and Wichita Falls outgrowing the tent city beginnings.

The population reached 1,000 by 1885, and eight years later the town got its second railroad, the Chicago, Rock Island and Texas.

The pioneer people who were already living in this area along with railroad workers were indeed a hardy, courageous people, who suffered many hardships. Many times, sacrificing their lives for others. It was most appropriate then Bowie was named after the great Texas hero, James “Jim” Bowie.

It was this spirit of courage, strength, and faith that the leaders selected the name, Bowie. On October 29, 1883, Mr. D.C. Allen – first grocer, was declared the first mayor of the incorporated Bowie, Texas.

One of the first automobiles to arrive in Bowie was purchased by Mr. C.H. Boedeker, who was the Mayor of Bowie. It arrived just in time as the streets were being paved with brick in 1908.

Each year on the first Saturday in October, the community continues to pay tribute to the town’s history. Amon G. Carter and Mose Johnson were the entrepreneurs of peddling chicken and bread sandwiches to travelers stopped at the train depot. Johnson didn’t realize he would be creating a legacy for this community when he and his wife, Mabel, began their journey in 1904 with just $15 and a shoebox full of baby chicks. The M. Johnson Poultry Ranch went on to become the breeders of the World’s Best Laying Strain of Single Comb White Leghorns. Therefore, Bowie had a World’s largest ranch before the World’s largest knife. That is quite a history. With this pioneering spirit, the tradition of Chicken and Bread Days Heritage Festival was hatched. The celebration continues downtown on the original brick streets of Smythe and Tarrant.